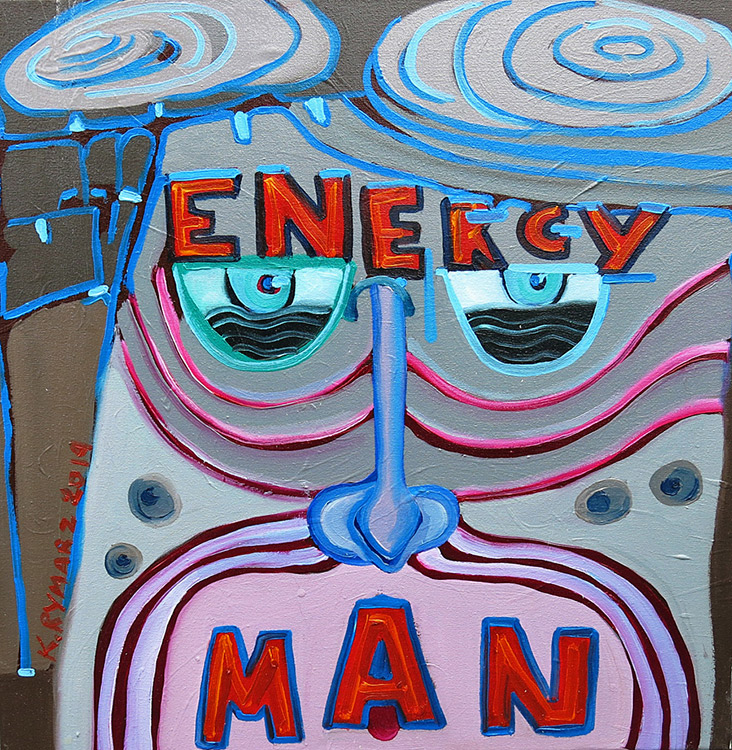 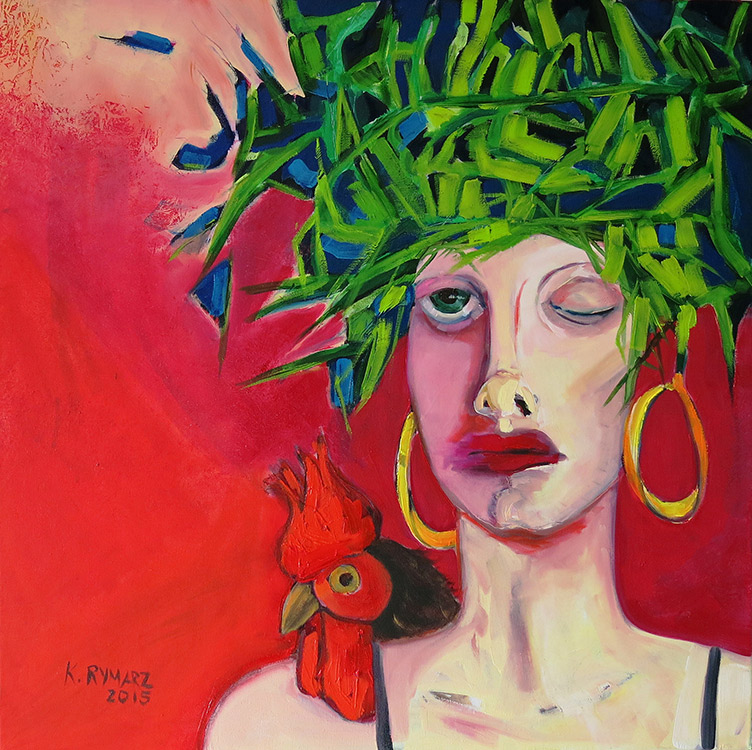 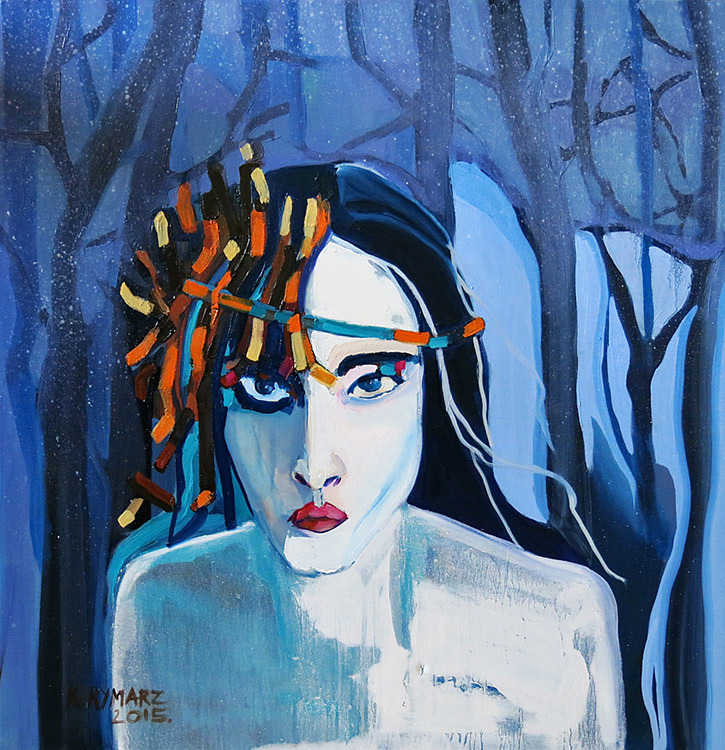 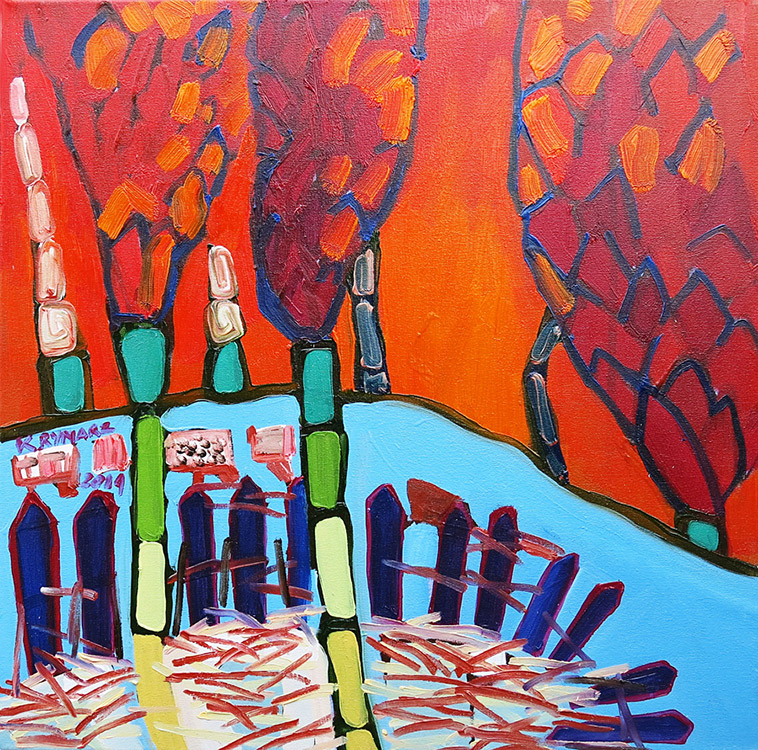 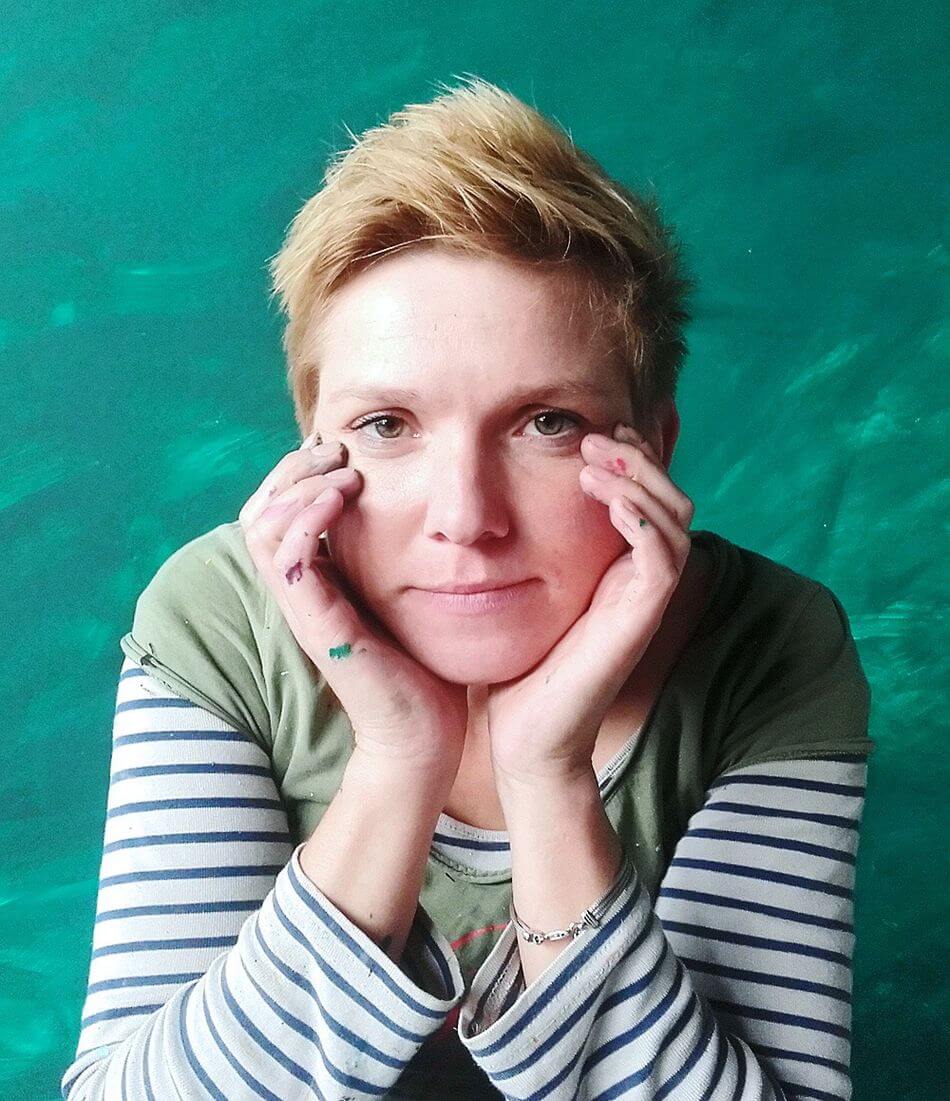 Katarzyna Rymarz (b. 1979) – Graduated at University of Warmia and Mazury in Olsztyn (Poland) awarded with the diploma in painting. She achieved that with the oil painting cycle titled “I was I will”. Since she was a student she participated in many group exhibitions all over Poland. After graduation she completed a placement as the assistant of curator in the Art Gallery in Bydgoszcz.

Shortly after completing the placement she moved to London. In London she initiated and become a leader of the newly formed artistic group consisting of various European artists. During the course of artistic activity of the “Kalamarsada” group the artist from Poland, France and Spain accomplished couple of exhibitions. Those exhibitions reﬂected the artists points of view of the contemporary word and its problems. They consisted of interactive exhibitions connecting visual arts, painting, photography, graphics, music and theatre. This was presented during the exhibition titled “Camel & Artichoke” in Waterloo Gallery in London. The last exhibition of “Kalamarsada “ group “Shacked identity?” took place in 2008 in Nakło in Poland with the participation of painters, graphic designers and poets.

Katarzyna produced her own interdisciplinary project in cooperation with Daddy G. During the concert tour of the leader of the band in Poland (Sopot, Warsaw, Krakow) she presented her paintings.

In 2014 she opened a private art gallery in Naklo, Poland, called “Steps gallery” where couple of individual and group exhibitions took a place. Since 2015 Katarzyna lives and creates in the polish countryside called Sienno.

The painting of Katarzyna is focused on reﬂection of a human on contemporary world, nature, energy and opposite powers which are experienced every day by most of the people. Her painting could be described as full of vibrating colours, contrast, strong and very often dynamic lines. She performs with full range of colour however the connections in her art are often contrasting with each other. This is not realistic painting but rather subjective vision of the real world in harmony with the nature. The paintings are full of expression and take the viewer into the world of inside chiaroscuro. They also consist of the realism but it’s the realism represented by the symbols as well as recognisable things and spaces.